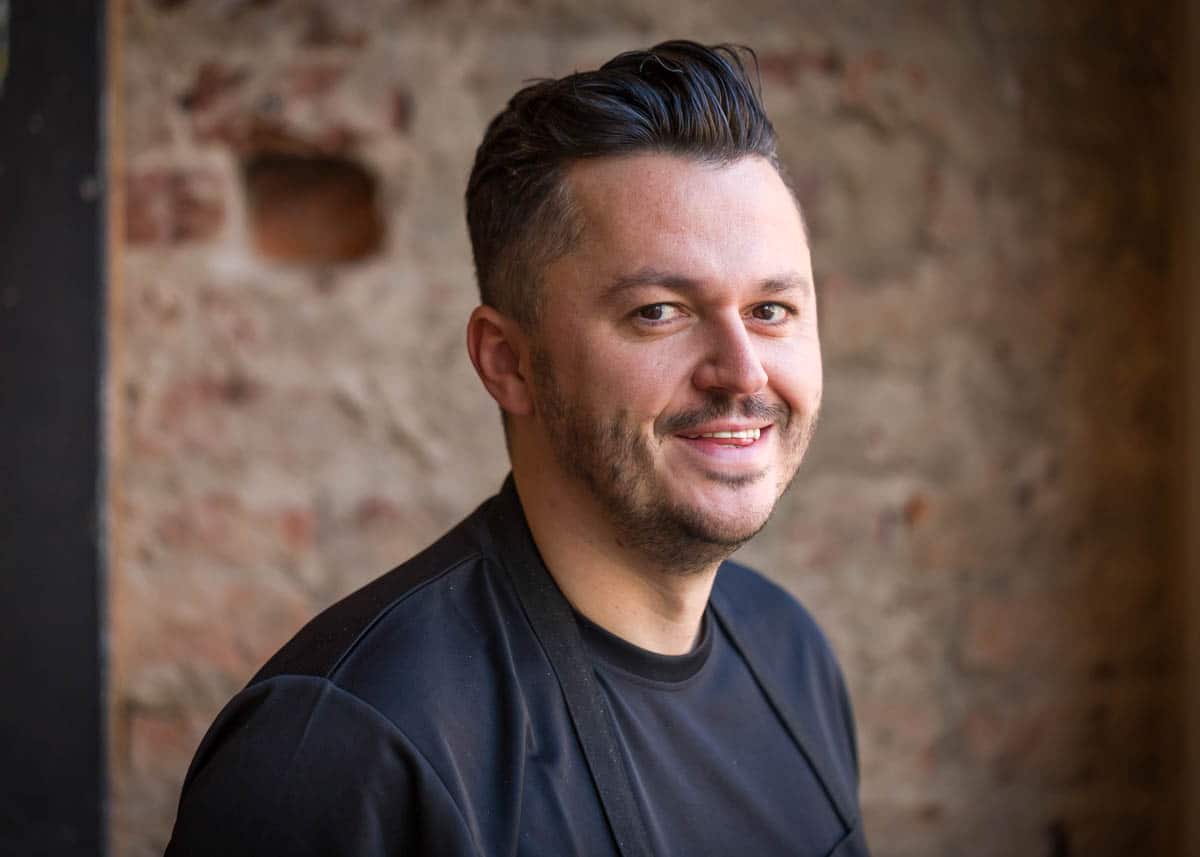 As many of you will know, our Head Chef Carlos Gomes left El Gato Negro during the summer to head up our new Portuguese restaurant, Canto, which opened to great acclaim in September. Chef Patron Simon Shaw was back in the kitchen for a time until Carlos’ replacement started. We’re therefore thrilled to announce Antony Shirley joined the El Gato Negro team as Head Chef in September. Simon and Antony worked together in Harvey Nichols flagship restaurant in Knightsbridge and they’re excited to be joining forces once again.

Antony began his culinary career in the playground selling dishes to his school peers, and started his professional journey in and around Manchester, including positions at Nutter’s and Restaurant Bar Grill. After moving to London and working alongside Simon at Harvey Nichols, Antony was drawn back to his roots in the the North West and became Executive Chef at the Seafood Pub Company, working there for eight years as it grew. Antony was named Lancashire Life’s Chef of the Year for 2017.

I’ve always loved Spanish food and have long admired what Simon has done with El Gato Negro, first in Yorkshire and now here in Manchester. It’s a real pleasure to be working with Simon and the talented team here, and it’s been a buzz to take charge of the kitchen and meet many of the customers. I’m really looking forward to building on the successes to date and adding my own personality and palate to what the restaurant offers.

As a champion of quality local ingredients we’re delighted that Antony will be bringing his experience, knowledge and passion for excellence ingredients to El Gato Negro… and we think your tastebuds will be equally delighted!