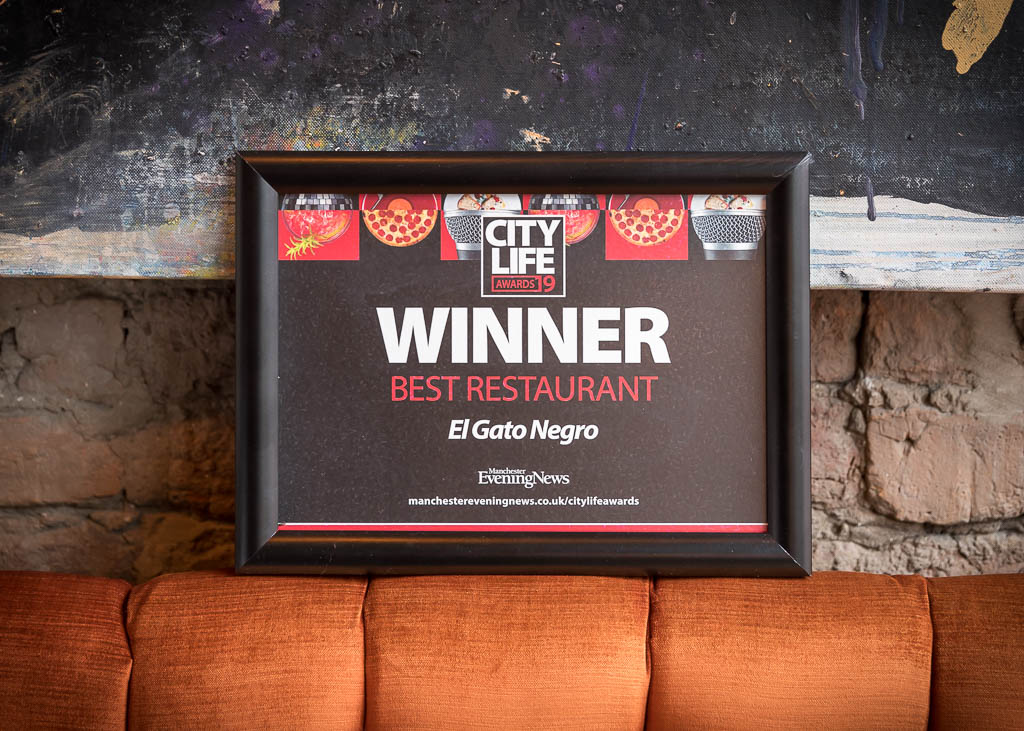 Forget the January blues… we’ve ended the month on top of the world, proudly displaying our City Life Best Restaurant 2019 award! El Gato Negro led with most public votes in the category at this year’s City Life Awards on January 29th.

Simon, Antony and Helen soaked up the atmosphere at the Deaf Institute amongst the cream of Manchester’s entertainment scene. After collecting the award from hosts Emily Heward and Guy Keeble, Chef Patron and Creative Director Simon Shaw said

“Wow. They say lightning never strikes twice so we were truly shocked to be awarded Best Restaurant 2019 at the City Life Awards. I’m so proud of the team, and want to say a massive thanks to all our loyal customers for all their support. We wouldn’t be here without you.”

El Gato Negro was previously the winner of City Life’s Best Restaurant 2016, and this year’s accolade joins an ever-growing selection of awards earned by the restaurant since opening almost three years ago. Thanks to all our colleagues and customers for their support, not forgetting our suppliers and industry peers too. We’re once again honoured to be part of an incredibly exciting modern food and drink scene in Manchester.

Our new seasonal spring menu is here
Scroll to top